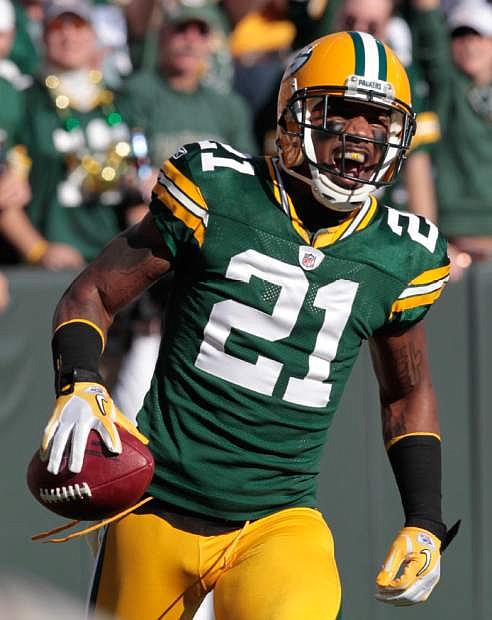 FILE - In this Sunday, Oct. 2, 2011 file photo, Green Bay Packers cornerback Charles Woodson (21) reacts after running back an interception for a touchdown during the first half of an NFL football game against the Denver Broncos, in Green Bay, Wis. Most of the big names hitting NFL free agency in 2013 aren&#039;t big stars anymore. While Ed Reed is coming off a Super Bowl season in Baltimore and Wes Welker catches 100 passes every year, this crop is more about aging defensive players such as Woodson, Brian Urlacher and Ronde Barber. (AP Photo/Mike Roemer, File)