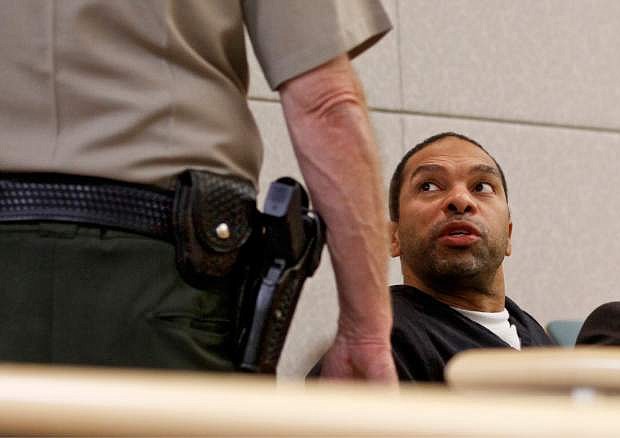 FILE - In this June 27, 2012 file photo, Marine Sgt. Louis Ray Perez, talks with a San Diego County bailiff during a court session in Vista, Calif. A preliminary hearing began Monday, March 11, 2013 for Perez, Jessica Lopez and Dorothy Maraglino on charges that they kidnapped the wife of a Camp Pendleton Marine, tortured her during sadomasochistic sex and killed her. The three have pleaded not guilty to murdering 22-year-old Brittany Killgore, who vanished last year while her estranged husband was serving in Afghanistan. (AP Photo/Lenny Ignelzi, File)