Frenzy continues in NFL; Bush to Lions, Welker to Broncos 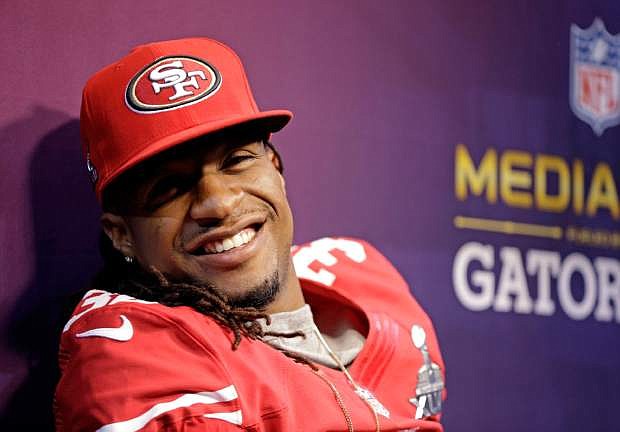 FILE - In this Jan. 29, 2013 file photo, San Francisco 49ers safety Dashon Goldson (38) smiles during media day for the NFL Super Bowl XLVII football game in New Orleans. A person with knowledge of the contract says free agent Goldson has agreed to a $41.25 million, five-year deal with the Tampa Bay Buccaneers. The person spoke on condition of anonymity to The Associated Press on Wednesday, March 13, 2013, because the team had yet to formally announce Goldson&#039;s deal.(AP Photo/Mark Humphrey, File)