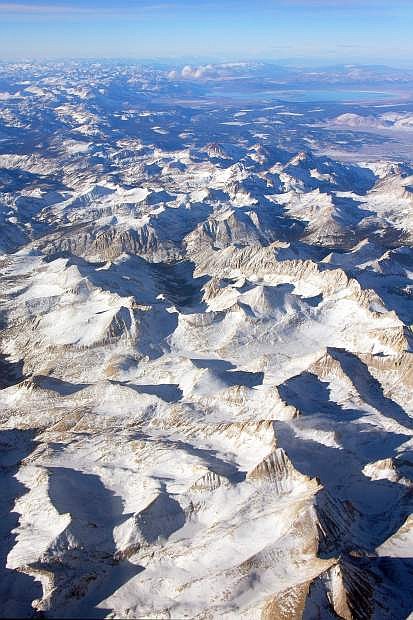 Provided to the Tribune by Jeff Pang. A 2008 aerial photo shows the Sierra Nevada snowpack near Mono Lake.