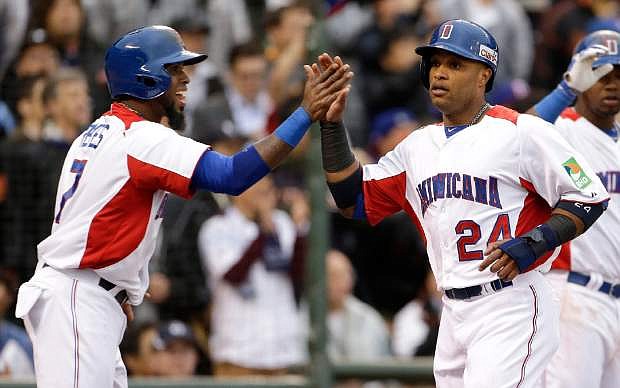 The Dominican Republic&#039;s Jose Reyes, left, and Robinson Cano celebrate after scoring against Puerto Rico during the first inning of the championship game of the World Baseball Classic in San Francisco, Tuesday, March 19, 2013. (AP Photo/Eric Risberg)