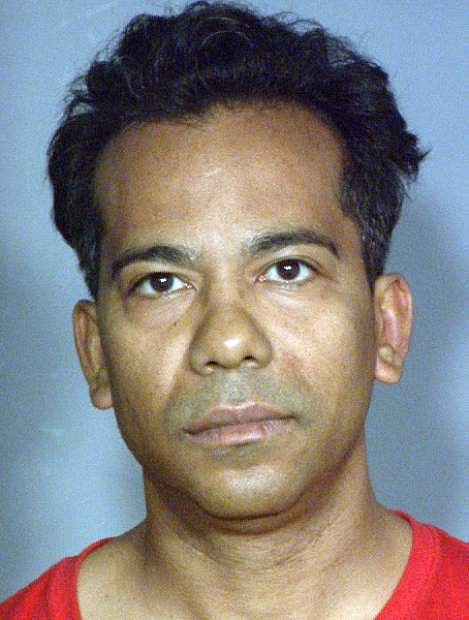 Ex-Nevada Assemblyman Steven Brooks, holds his arms up as he is arrested, Friday in Victorville, Calif. Brooks led police on a chase from Barstow, Calif., until his tires were spiked in Victorville, Calif. Brooks was arrested on charges including resisting arrest and throwing objects, just hours after he became the first lawmaker ever expelled from the Nevada Legislature.