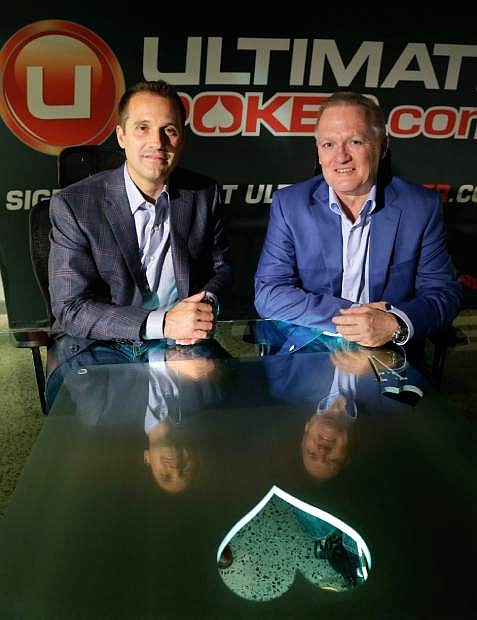 Ultimate Gaming chairman Tom Breitling, left, and CEO Tobin Prior sit for a photo at their company headquarters, Monday, April 29, 2013, in Las Vegas. The social gaming company is expected to launch the first legal, real-money poker site in the U.S. Tuesday morning. The Ultimate Gaming site will be available only to in players in Nevada, but likely represents the shape of things to come for gamblers across the country. (AP Photo/Julie Jacobson)