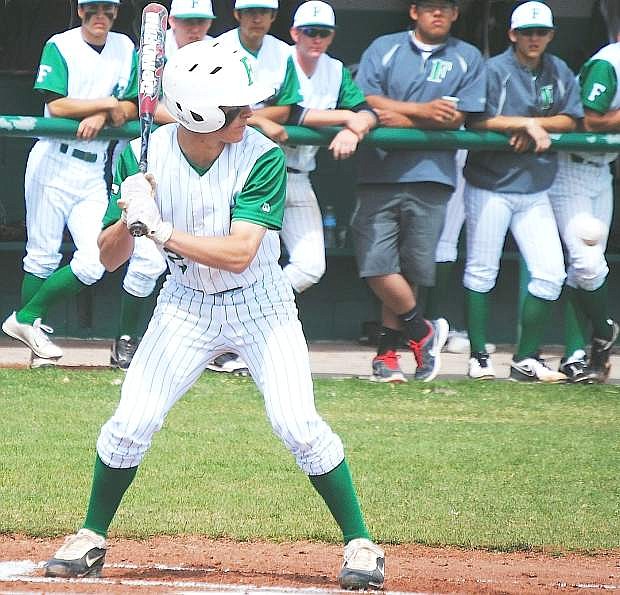 Fallon&#039;s Nic Stenberg, right, will start the first game of today&#039;s doubleheader at 1 p.m. against South Tahoe at the Ed Arciniega Complex.