Aerial snow surveys could be boon for backcountry skiing 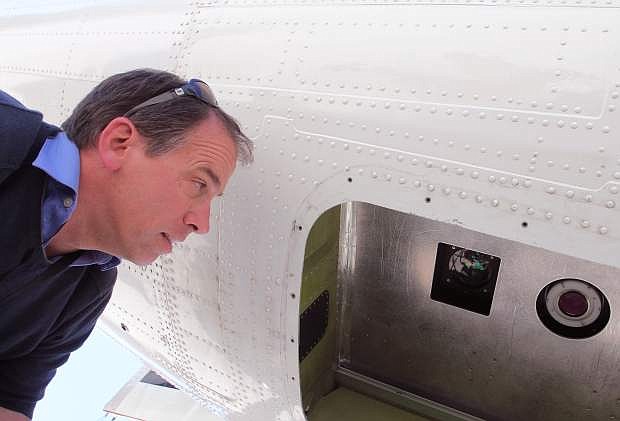 Tom Painter, principal investigator on an aerial snow survey program for NASA and the California Department of Water Resources, looks at instruments on the bottom of a plane used to conduct the surveys at Lake Tahoe Airport Friday morning. Adam Jensen / Tahoe Daily Tribune.