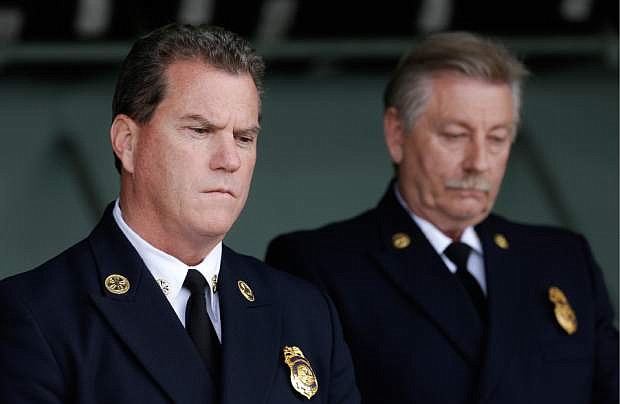 Foster City Fire Department Chief Michael Keefe, left, and Foster City Fire Investigator John Mapes listen to speakers at a news conference at the California Highway Patrol headquarters in Redwood City, Calif., Monday, May 6, 2013. Investigators are trying to determine why the back of a stretch limousine burst into flames on a San Francisco Bay bridge, trapping and killing five of the nine women inside on a girls&#039; night out, including a newlywed bride from the Philippines. It happened late Saturday night as the Lincoln Town Car crossed the San Mateo-Hayward Bridge on the south end of the bay. (AP Photo/Jeff Chiu)