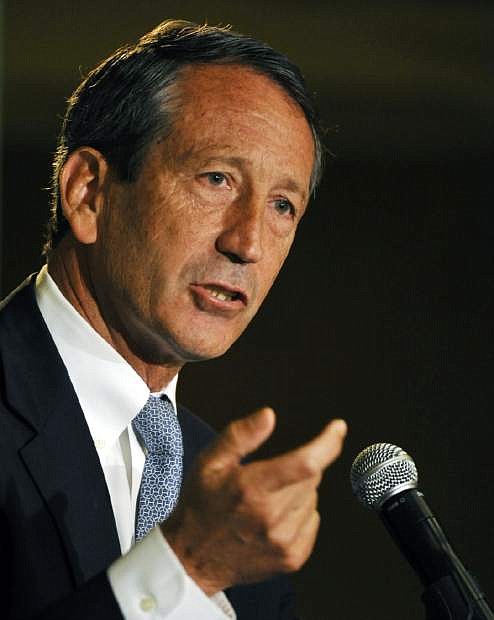 IIn this photo taken April 29, 2013, former South Carolina Gov. Mark Sanford talks during the 1st Congressional District debate in Charleston, S.C. Sanford and former Rep. Anthony Weiner, D-N.Y., are running on redemption. Based on the comebacks attempted by plenty of other politicians, athletes and celebrities felled by scandal, the strategy just may work. To a certain degree, it already has: Both men are back in the national political spotlight just a few short years after their dalliances led many observers to declare their careers over. (AP Photo/Rainier Ehrhardt)