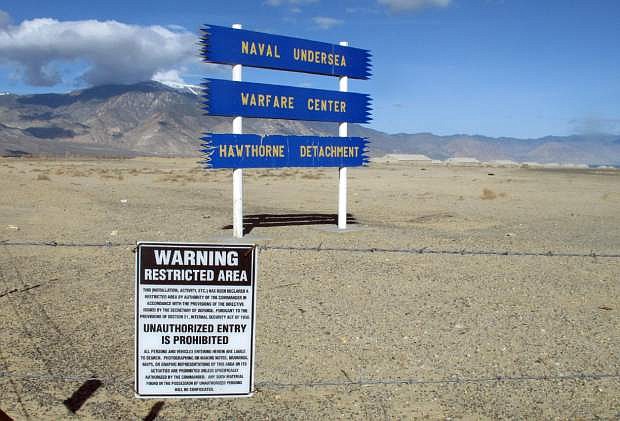 Signs are seen at the Hawthorne Army Depot on Tuesday, March 19, 2013, where seven Marines were killed and several others seriously injured in a training accident Monday night, about 150 miles southeast of Reno in Nevada&#039;s high desert. (AP Photo/Scott Sonner)