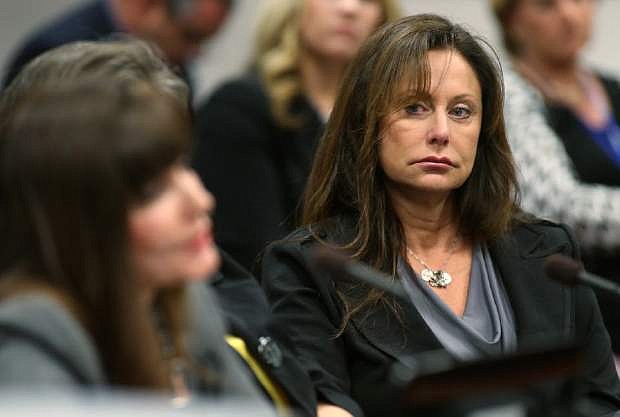 Bridgette Denison listens as Jayann Sepich testifies on a bill that would require collection of a DNA sample from people arrested on felony charges, during a hearing at the Legislative Building in Carson City, Nev., on Thursday, May 9, 2013. The bill, also known as Brianna&#039;s Law, is named after Denison&#039;s 19-year-old daughter who was murdered in Reno in 2008. (AP Photo/Cathleen Allison)