O.J. to get hearing in bid for new trial 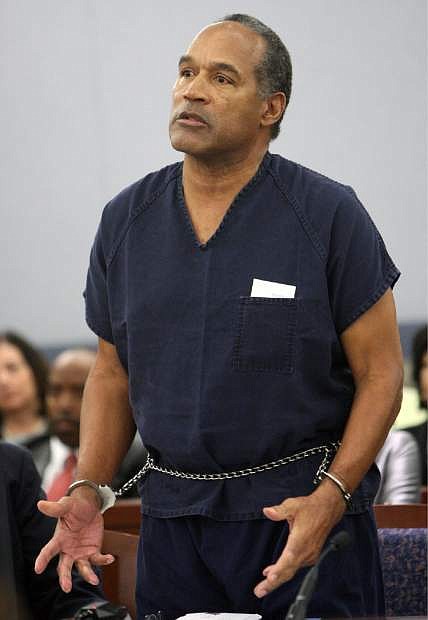 File-This Dec. 5, 2008 file photo shows O.J. Simpson speaking during his sentencing at the Clark County Regional Justice Center in Las Vegas. Simpson is heading back to the Las Vegas courthouse where he was convicted of leading five men in an armed sports memorabilia heist to ask a judge for a new trial because, he says, the Florida lawyer he paid nearly $700,000 botched his defense. (AP Photo/Isaac Brekken, File)