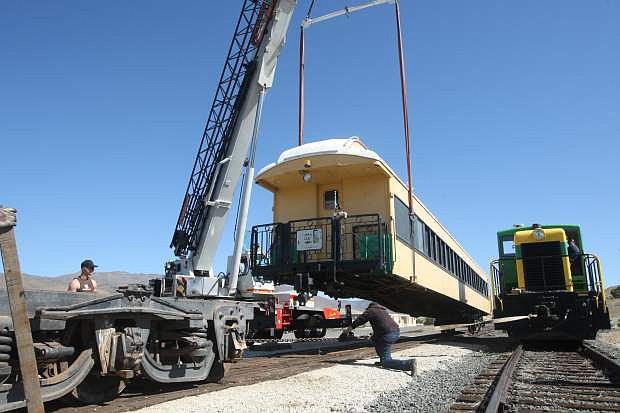 A crane moves one of the three-axle trucks for the new train car Jersey Lil onto the track at the Eastgate Station on Friday morning.