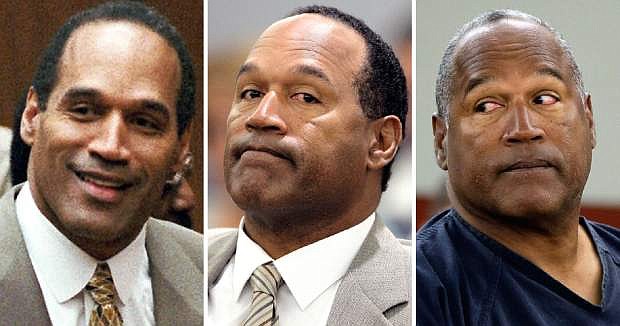 This combination of Associated Press file photos shows from left, O.J. Simspon on Oct. 3, 1995, after the jury acquitted him in the murders of Nicole Brown Simpson and Ronald Goldman in Los Angeles; Simpson, center, in court on the first day his trial for armed robbery and kidnapping, on Monday, Sept 15, 2008, in Las Vegas; and right, Simpson in Clark County District Court seeking a new trial, claiming that trial lawyer Yale Galanter had conflicted interests and shouldn&#039;t have handled Simpson&#039;s armed case on Monday, May 13, 2013, in Las Vegas. (AP Photo)