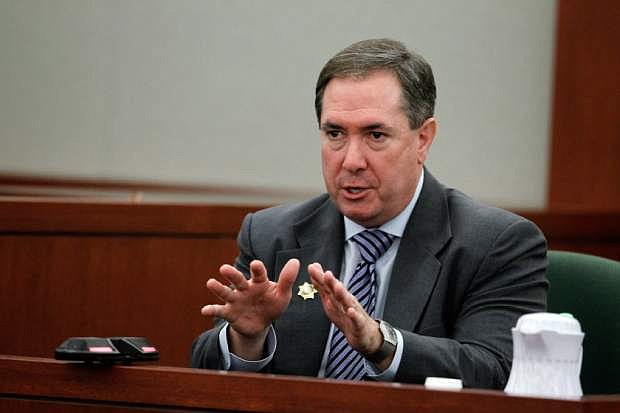 Former Clark County District Attorney and O.J. Simpson trial prosecutor David Roger testifies at an evidentiary hearing for Simpson in Clark County District Court on Tuesday, May 14, 2013 in Las Vegas. The hearing is aimed at proving Simpson&#039;s trial lawyer, Yale Galanter, had conflicted interests and shouldn&#039;t have handled Simpson&#039;s case. Simpson is serving nine to 33 years in prison for his 2008 conviction in the armed robbery of two sports memorabilia dealers in a Las Vegas hotel room. (AP Photo/Steve Marcus, Pool)