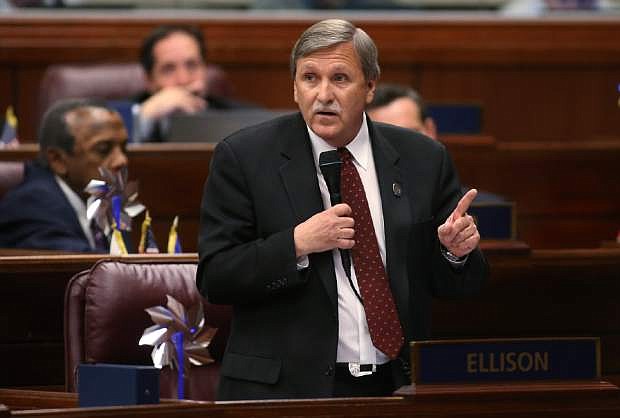 Nevada Assemblyman James Healey, D-Las Vegas, speaks on the Assembly floor. The Assembly voted 27-14 in favor of repealing the language in the state constitution that defines marriage as between a man and a woman, giving voters a chance to allow same-sex marriage.