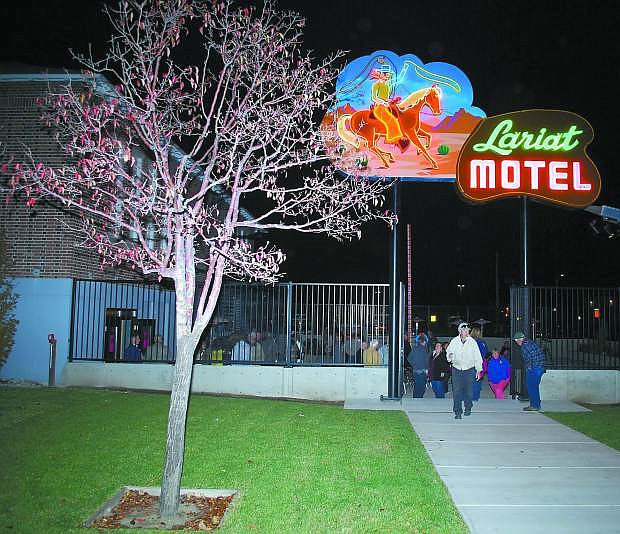 The re-lighting of the Lariat Motel sign kicked off the city&#039;s involvement with Nevada&#039;s 150th birthday celebrtions that will last until Oct. 31, 2014.