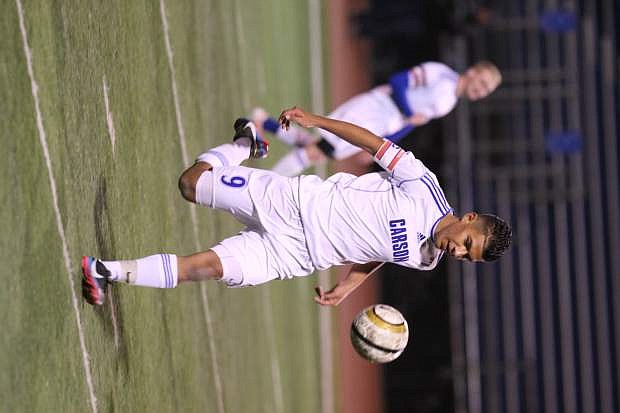 Cristian Hernandez runs down the ball in a playoff game against North Valleys on Tuesday.