Goal is in sight for Fallon 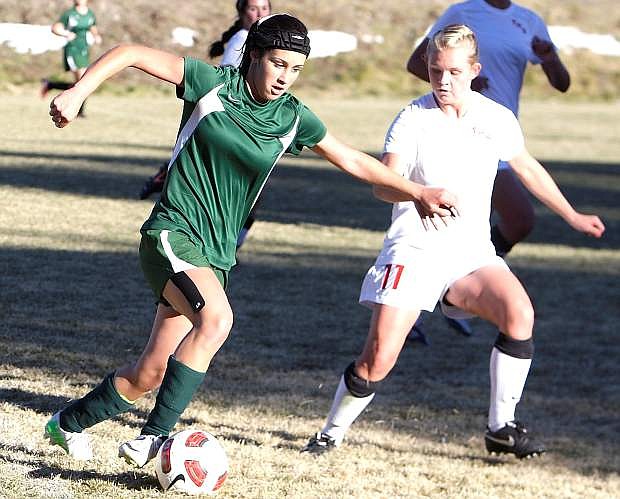 Fallon&#039;s Brittney Wallace works around a Truckee defender during Monday&#039;s 2-0 loss. The two clubs face off again today at 2 p.m. in the first round of the Northern Division I-A playoffs at the Edward Arciniega Complex.