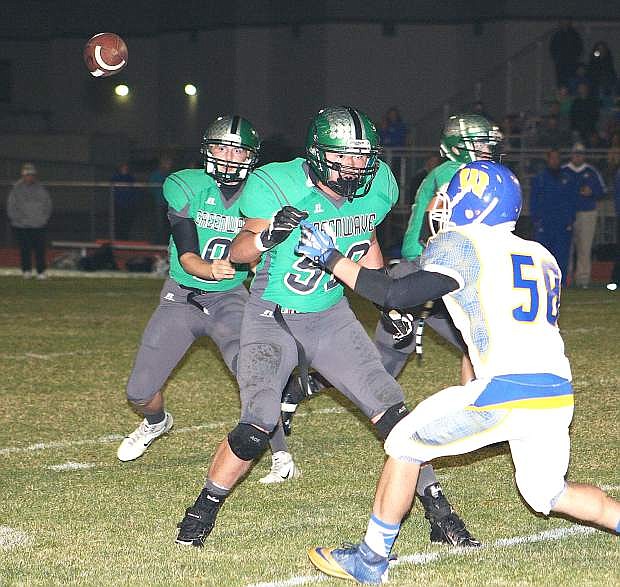 Fallon quarterback Morgan Dirickson, left, throws a pass as lineman Kenny Keyes, middle, blocks during last week&#039;s 21-14 loss to Lowry. The Greenwave are the No. 1 seed for the Northern Division I-A playoffs and host No. 4 Fernley at 7 p.m. today at the Edward Arciniega Complex.