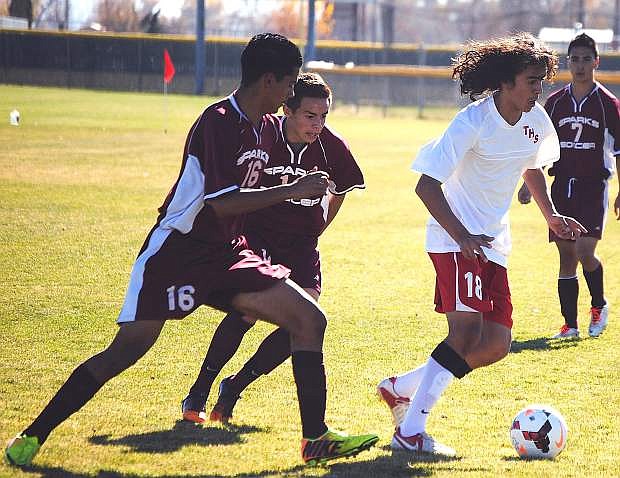 Truckee&#039;s Manuel Sarabia works around a pair of Sparks defenders during the Wolverines&#039; 3-1 win in the Northern Division I-A regional title game Saturday.