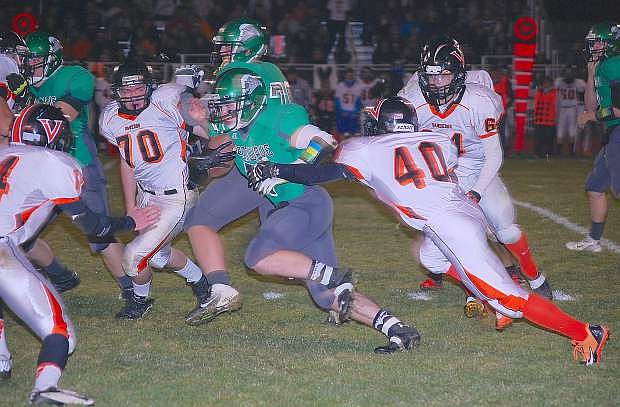 Fallon running back Trent Tarner busts through the Fernley line in last week&#039;s first-round playoff game. Fallon hosts Moaa Valley on Saturday at the Edward Arciniega Athletic Complex, and the winner of that game advances to state.