Perseverance pays off for J.D. Adie 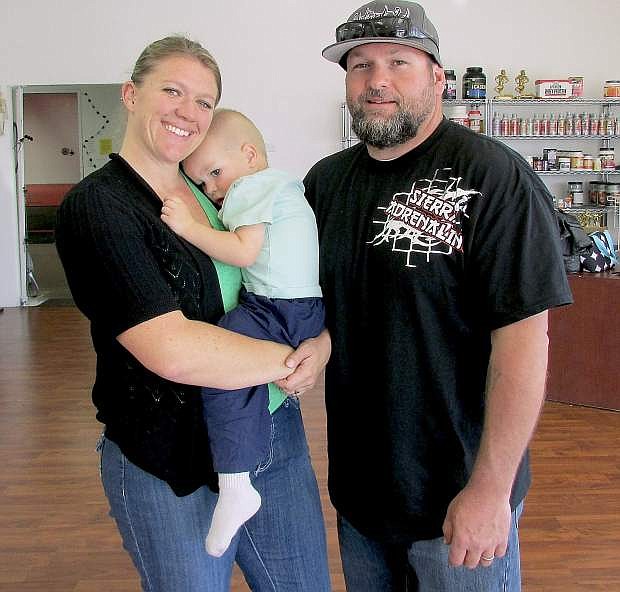 J.D. and Brook Adie and their son Walker share time in the gym at Sierra Adrenaline Training Center.