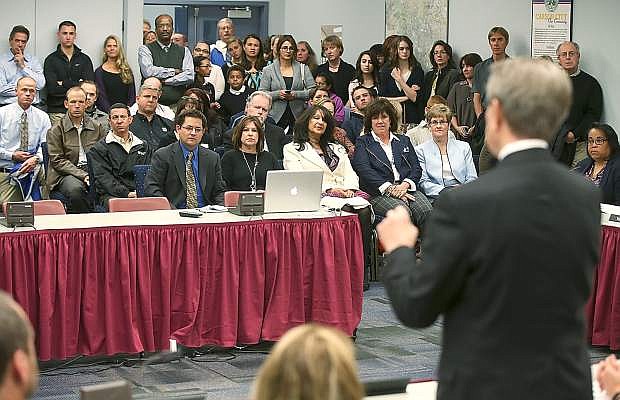 Carson City Mayor Bob Crowell speaks at a special joint meeting of the Carson City School District Board of Trustees and the Board of Supervisors, at the Community Center, in Carson City, Nev., on Wednesday, Nov. 13, 2013.