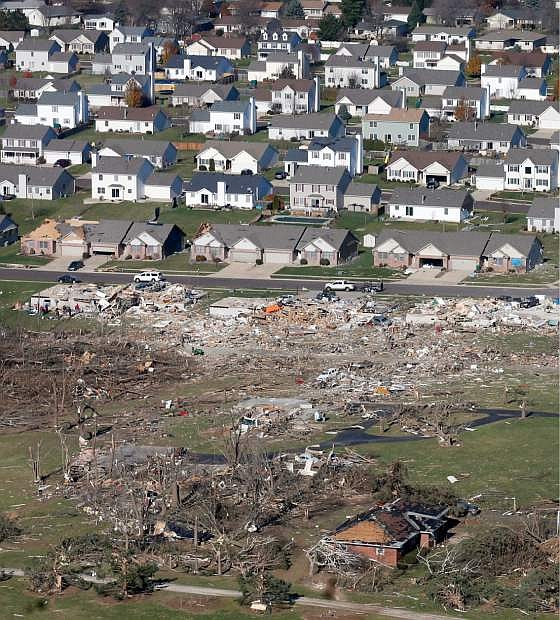 This aerial view on Monday, Nov. 18, 2013, shows untouched homes and homes destroyed by a tornado that hit the western Illinois town of Washington on Sunday. It was one of the worst-hit areas after intense storms and tornadoes swept through Illinois. The National Weather Service says the tornado that hit Washington had a preliminary rating of EF-4, meaning wind speeds of 170 mph to 190 mph. (AP Photo/Charles Rex Arbogast)