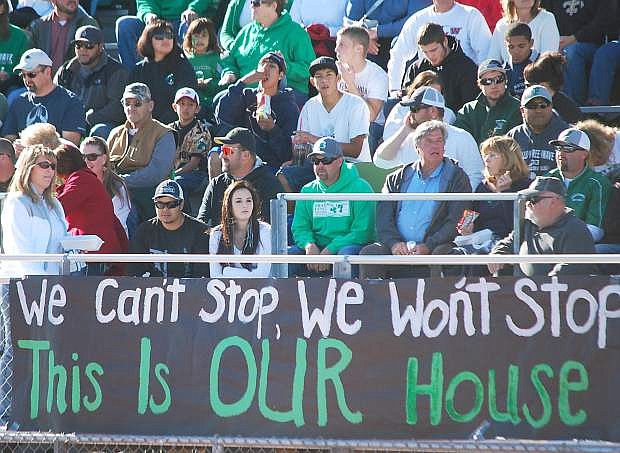 More than 2,000 fans attended Saturday&#039;s semifinal game against Moapa Valley. The Greenwave faithful will be on the road Saturday to watch the Greenwave play for its first state title in 35 years.