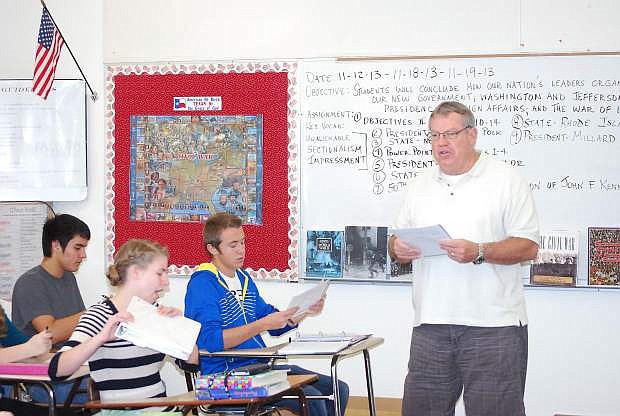 Churchill County High School history teacher Tommy Thomson, who teaches a unit every year on the Kennedy presidency and assassination, lived near Dallas, Texas, when the president was fatally shot.