Readers React To The Death Of President J.F. Kennedy 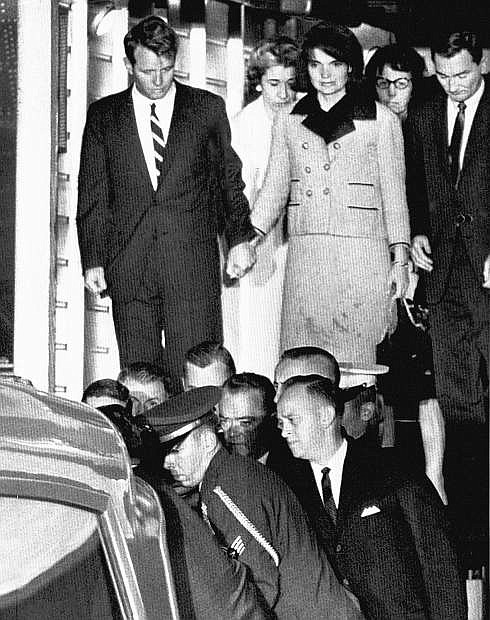 FILE - In this Friday, Nov. 22, 1963 file photo, Jacqueline Kennedy, with bloodstains on her clothes, holds hands with her brother-in-law, Attorney General Robert Kennedy, as the coffin carrying the body of President John F. Kennedy is placed in an ambulance after arriving at Andrews Air Force Base, Md. near Washington. President Kennedy was assassinated earlier that afternoon in Dallas. (AP Photo)