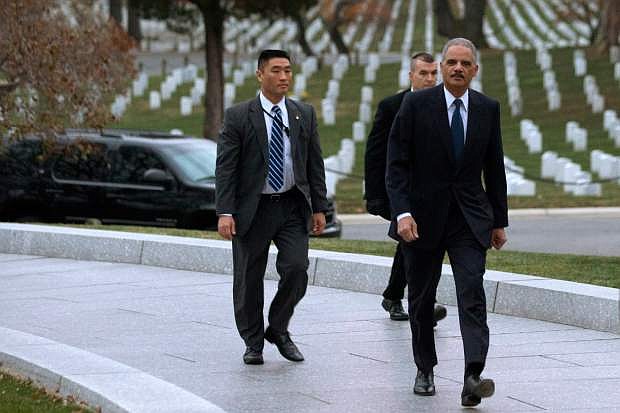 Attorney General Eric Holder, right, arrives to pay his respects at the grave of John F. Kennedy at Arlington National Cemetery on Friday, Nov. 22, 2013, on the 50th anniversary of Kennedy&#039;s death. Holder has been visiting the grave since his youth, and would visit there with his mother before she passed away. (AP Photo/Jacquelyn Martin)