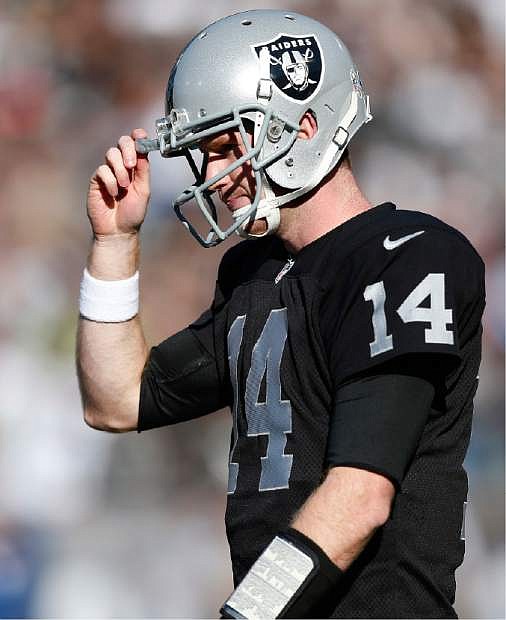 Oakland Raiders quarterback Matt McGloin (14) walks to the sideline after being intercepted by Tennessee Titans outside linebacker Zach Brown during the second quarter of an NFL football game in Oakland, Calif., Sunday, Nov. 24, 2013. (AP Photo/Beck Diefenbach)