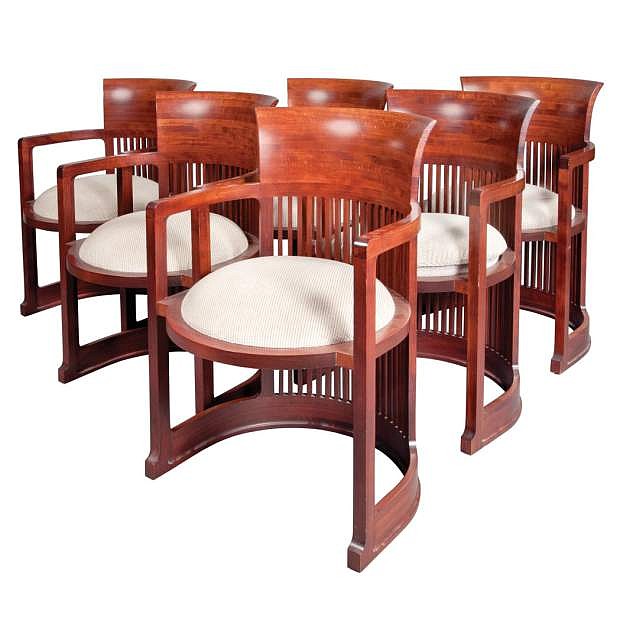 This undated photo provided by Doyle New York shows chairs designed by Frank Lloyd Wright, which belonged to former Mayor Ed Koch and sold at auction last week. The former mayor&#039;s letters and books are going on the auction block. Doyle New York has estimated most of them will sell for between $200 and $500 on Monday, Nov. 25, 2013. (AP Photo/Doyle New York)