Kaepernick rebounds from a rough stretch 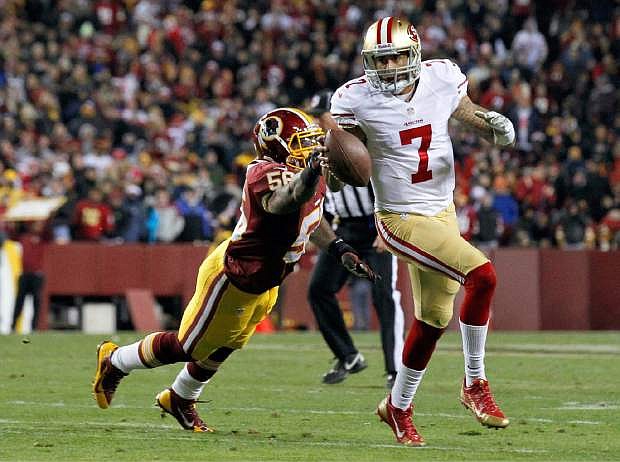 San Francisco 49ers quarterback Colin Kaepernick runs out of the reach of Washington Redskins inside linebacker Perry Riley during the first half of an NFL football game in Landover, Md., Monday, Nov. 25, 2013. (AP Photo/Alex Brandon)