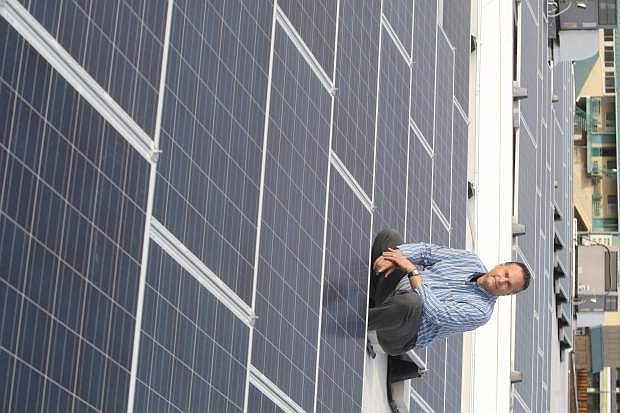 FISH executive director Jim Peckam kneels next to the solar panels installed on the roof of the FISH thrift store and dining halll. The 130 solar panels can generate 28 kilowatts of power.