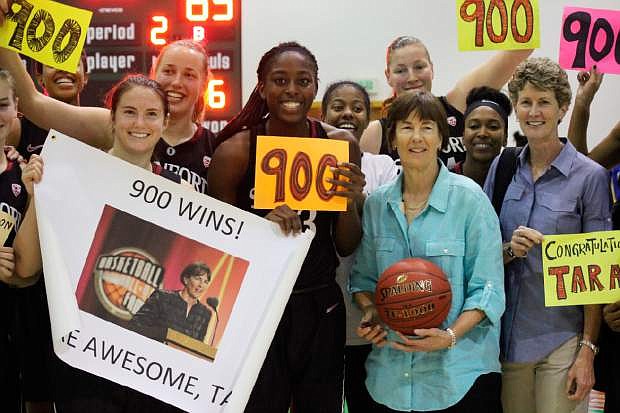 In this image provided by Plan BC3, Stanford coach Tara VanDerveer, third from right, poses with her players after their 83-59 win over Florida Gulf Coast in an NCAA college basketball game Wednesday, Nov. 27, 2013, in Puerto Vallarta, Mexico. VanDerveer became the fifth women&#039;s coach to reach 900 victories with Wednesday&#039;s win. (AP Photo/Plan BC3, Casey Murphy)