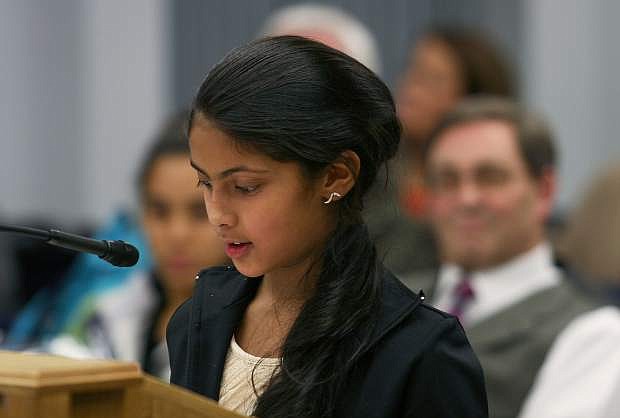 Vidhi Pandit, a Bordewich-Bray fifth-grader, reads her winning essay during the Carson City Board of Supervisors meeting Tuesday.