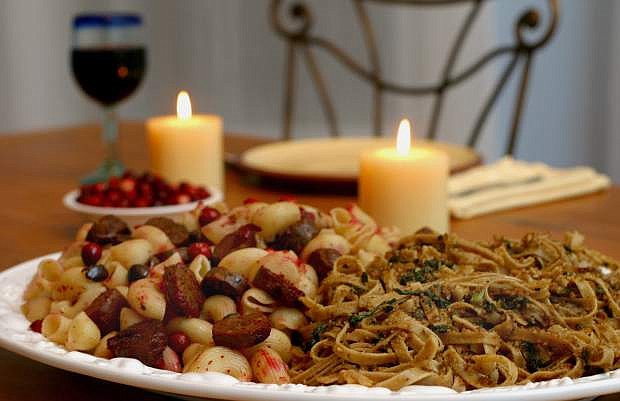 FILE - This Nov. 1, 2003, file photo, shows ziti with cranberries and Italian soy sausage, left, and Good Friday pasta, in Concord, N.H. In homes across the country on Thanksgiving Day, tables will be set to accommodate everyone from vegans and vegetarians to those trying to eat like a caveman. Increasingly complicated Thanksgiving feasts reflect the growing ranks of Americans who are paying closer attention to the food they put in their bodies. (AP Photo/Larry Crowe, File)