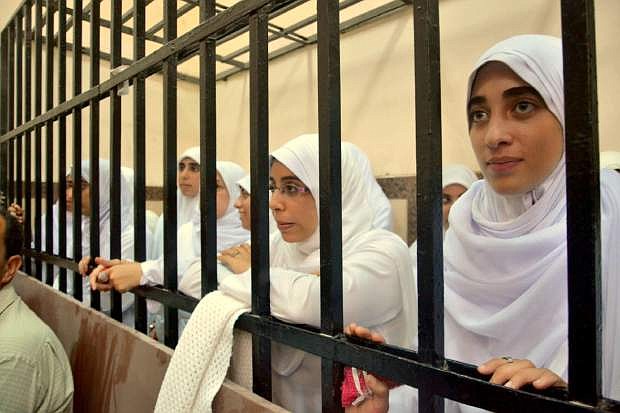 Egyptian women supporters of ousted President Mohammed Morsi stand inside the defentants&#039; cage in a courtroom in Alexandria, Egypt, Wednesday, Nov. 27, 2013. An Egyptian court has handed down heavy sentences of 11 years in prison to 21 female supporters of the ousted Islamist president, many of them juveniles, for holding a protest. (AP Photo/Amira Mortada, El Shorouk Newspaper) EGYPT OUT