McGloin has strong 1st half, but Raiders blow lead in loss 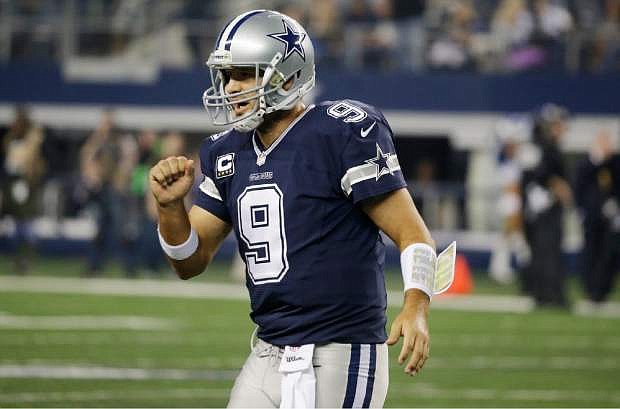 Dallas Cowboys quarterback Tony Romo (9) celebrates a touchdown against the Oakland Raiders during the second half of an NFL football game, Thursday, Nov. 28, 2013, in Arlington, Texas. (AP Photo/LM Otero)