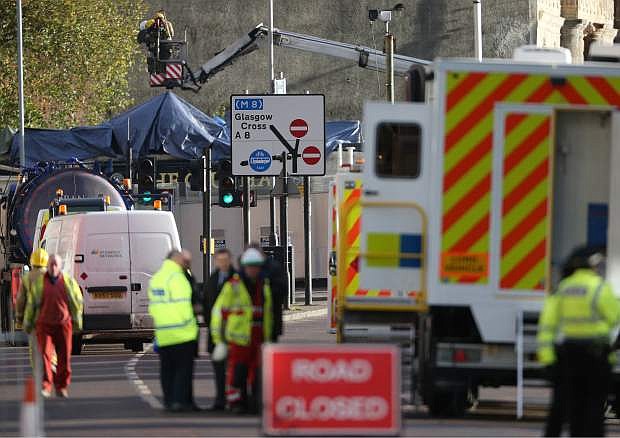 Police and Scottish Fire and Rescue services at the scene Saturday, Nov. 30, 2013, following the helicopter crash at the Clutha Bar in Glasgow, Scotland. Scottish emergency workers were sifting through wreckage Saturday for survivors of a police helicopter crash onto a crowded Glasgow pub that has killed at least one person and injured more than two dozen. The Clutha pub, near the banks of the River Clyde, was packed Friday night and a ska band was in full swing when the chopper slammed through the roof. The number of fatalities is expected to rise, officials said. (AP Photo/Scott Heppell)