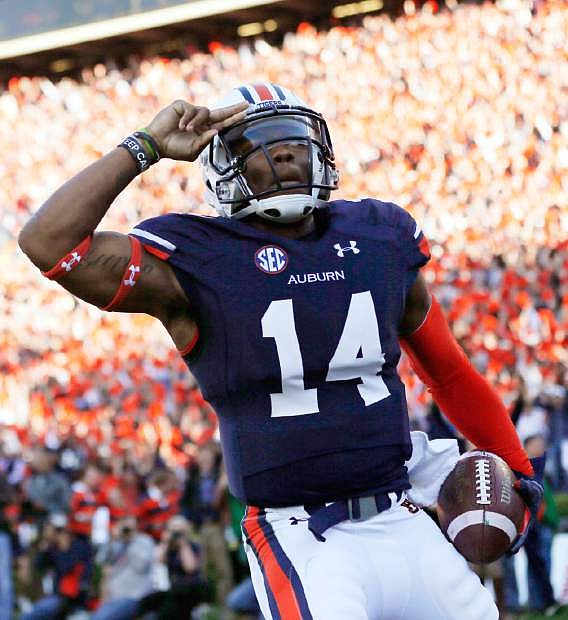 Auburn quarterback Nick Marshall (14) salutes after scoring against Alabama on a 45-yard touchdown run in the first half of an NCAA college football game in Auburn, Ala., Saturday, Nov. 30, 2013. (AP Photo/Dave Martin)