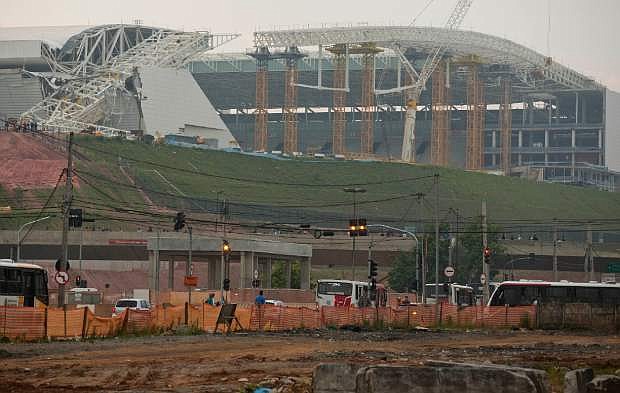 A buckled metal structure sits on a part of the Itaquerao Stadium in Sao Paulo, Brazil, Wednesday, Nov. 27, 2013. The accident that resulted in the death of at least two workers, occurred when a construction crane crashed into a 500-ton metal structure that in turn cut through the outer walls of the venue, destroying rows of seats and slamming into a massive LED panel that runs across the stadium&#039;s facade. The stadium is slated to host the 2014 World Cup opener. (AP Photo/Andre Penner)