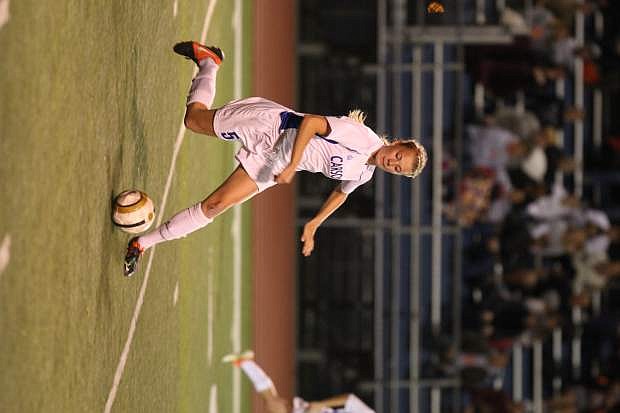 Lindy Lehman takes control of the ball in a game against Douglas on Tuesday night.