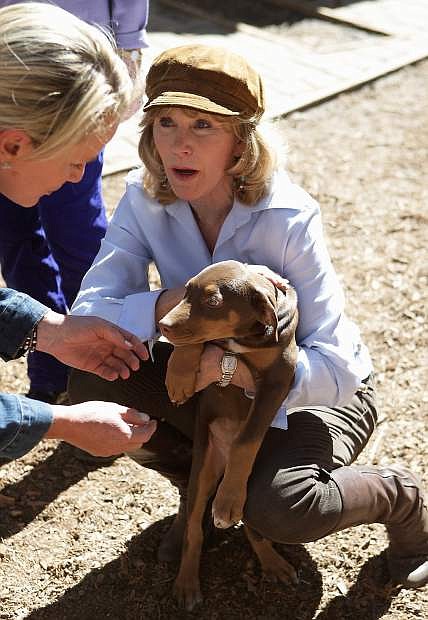 Foster parent Cathy Spector holds Diva, one of the six surviving Dumpster Puppies for which she and her husband, Larry, cared.