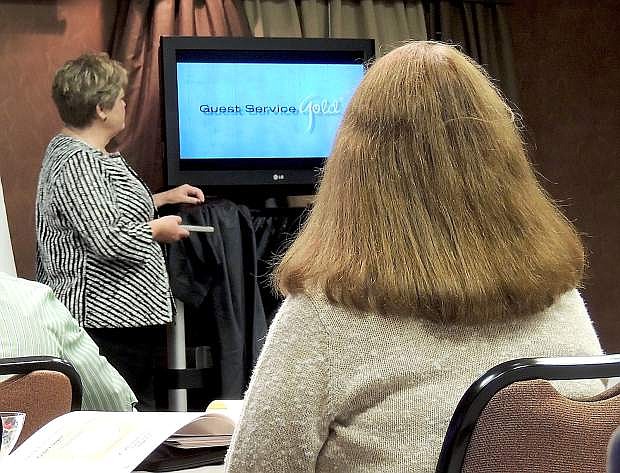 Linda Barnett, operations director for Eagle Hospitality &amp; Adventures, hosted a workshop on the keys to customer service on Friday.