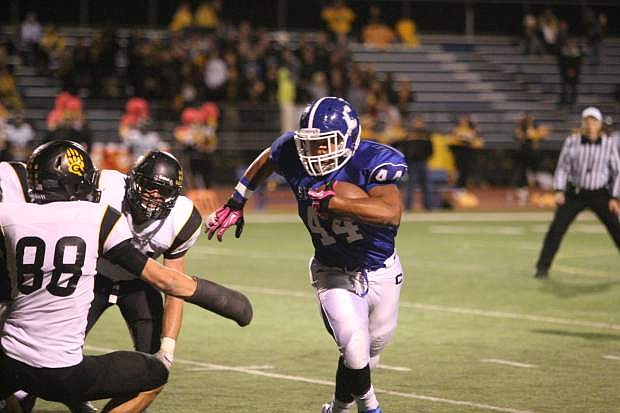 Carson&#039;s Nevin Elliott tries to get to the corner during the first half of Friday&#039;s game against Galena.