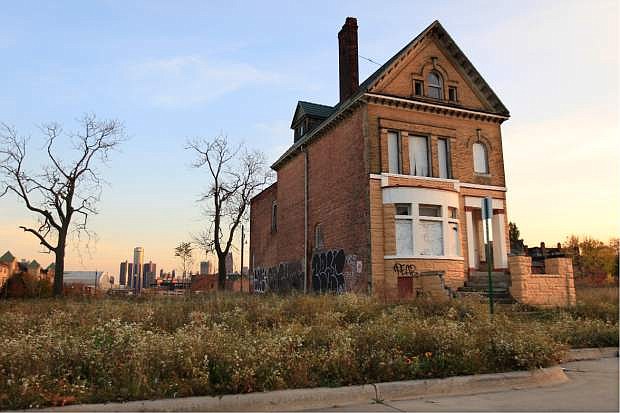 FILE - This Oct. 24, 2012 file photo shows a graffiti-marked abandoned home north of downtown Detroit, in background. Thousands of Detroit streetlights are dark, many more residents have fled. Donors are replacing ambulances that limped around for 200,000 miles. Detroit&#039;s bankruptcy case is going to trial, Wednesday, Oct. 22, 2013, and the result will determine whether the city can reshape itself in the largest public bankruptcy filing in U.S. history. (AP Photo/Carlos Osorio, File)