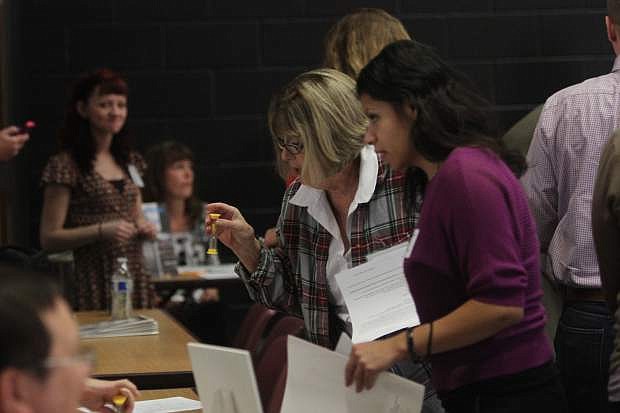 Barbara Thompson and Ivette Munoz stop to get their walking pass during the Circles training simulation on Wednesday at Western Nevada College. Participants had to get a pass to walk, a bus pass or show they bought gas as part of the scenario. Thompson and Munoz didn&#039;t have the money to pay their rent so they had to pawn items to cover their expenses.