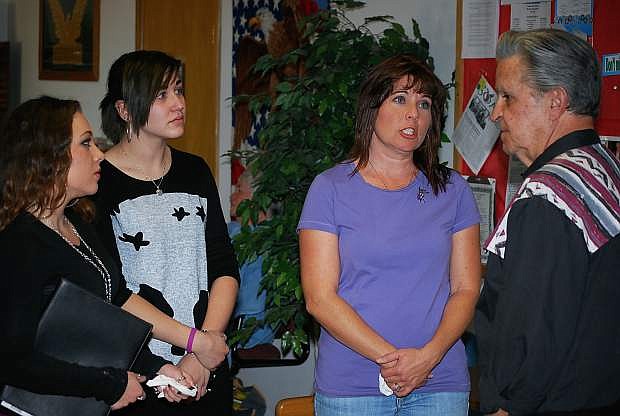 Brooke Mori, left, who gave a testimony on how she was a victim of teenage dating abuse, listens to her mother, Gaylene Drinkut,second from right, talk with Darrel Johnson. Also listening is Taylor Webb.